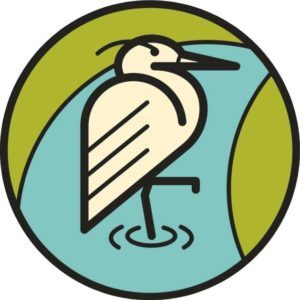 The Little Miami Conservancy is a not-for-profit dedicated to the restoration and protection of the Little Miami River. The conservancy helps settle easements, owns and protects riverfront nature preserves, and provides a balanced approach to economic development and land management.

Our partnership with the Little Miami Conservancy started in the RRT early years. Since 2011, we have made an effort to use whatever resources we can to support and promote the LMC. We have worked together to share booth space at sport shows, we have donated to fundraising efforts, we have had presentations and exhibits in store to promote a clean and healthy river, and in 2014 we worked with the LMC and Loveland Canoe and Kayak to create and print river maps for the Little Miami River. In 2017 we worked with the conservancy to start a co-sponsored fundraising ad campaign on WVXU radio, increasing the donor base LMC has.

In 2012 and 2013 we worked in joining forces and adding to the conservancy clean river sweep efforts. By 2014, we were ready to host and organize our own efforts. Together with 50 West Canoe and Kayak, we have organized 3-5 events per year to remove trash and debris from the river, spearheaded and led by RRT owner Bryan. Although the river is very clean and healthy, because of its often flooding tributaries, this will always be a continuing effort and one that RRT is committed to. In the fall of 2016 we hosted the first in store fundraiser event for the Conservancy, raising an additional $500 toward their efforts. The event grew to raise over $2,000 in November of 2017, and over $2,000 again in 2018. In both 2017 and again in 2018 we were happy to announce that we secured a grant for the LMC in the amount of $1,500 from Patagonia. In 2019 RRT helped to secure another grant from our friends at Patagonia in the amount of $18,000. This grant will be used for a future dam removal and further restoring our beautiful river.

Because of our partnership and efforts we have now been the guests of honor and given an “Award of Appreciation” at their yearly dinner in both 2015 and 2016. Further out initiatives; RRT Owner Emily, was voted on to the executive board of the Conservancy in the Spring of 2017. One of her earliest projects was the adoption of a members perks program providing discounts for your LMC membership to outdoor stores like RRT along with canoe and kayak rental businesses along the Little Miami. If you live near or recreationally enjoy this river, we urge you to contribute to the cause anyway that you can, be it donation of time or money. Contact RRT for the next clean-up date or visit the link below to find more information about the conservancy or to make a donation.

Back to Community Involvement Page

Pictures from past events