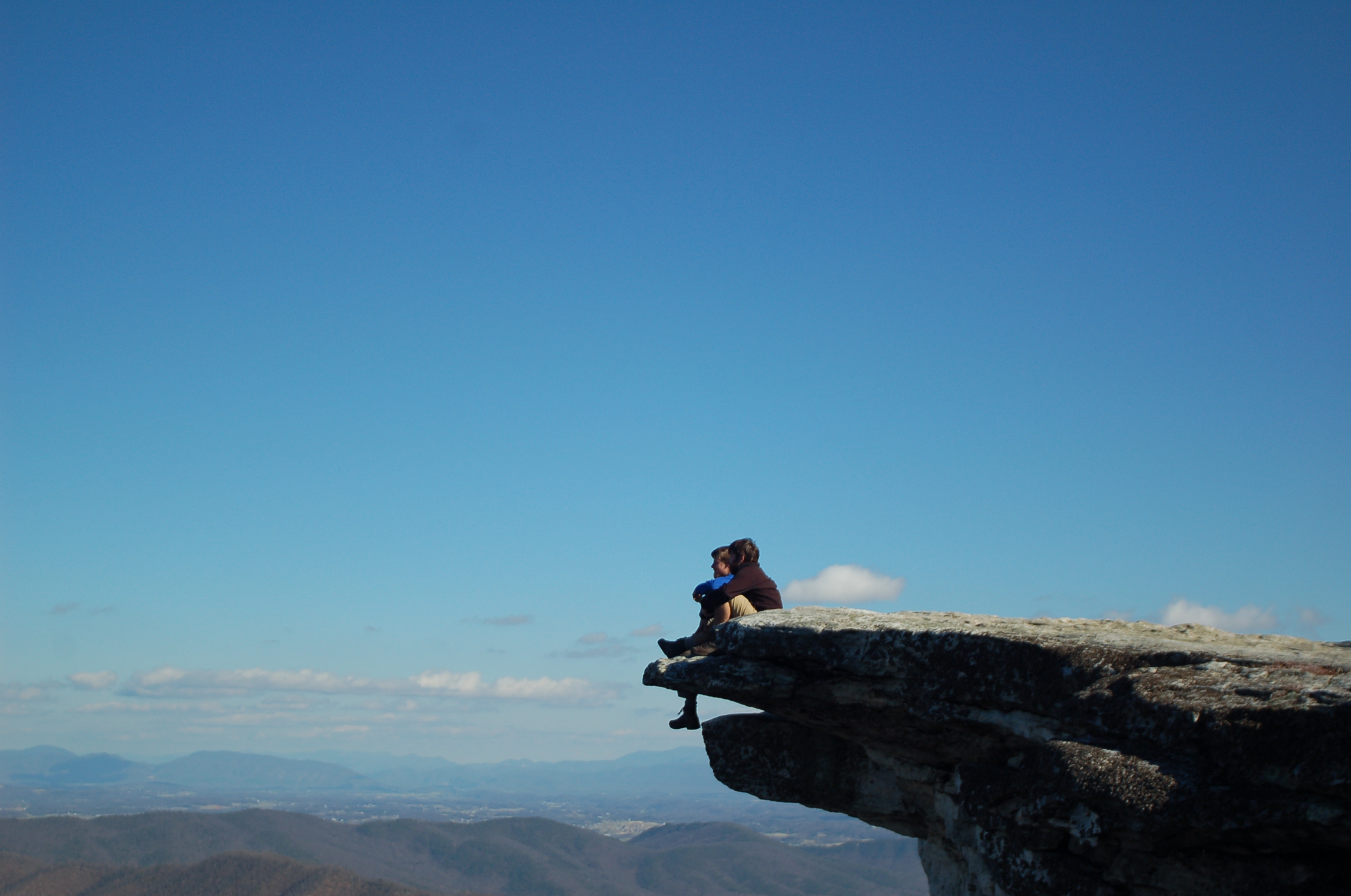 We made it to Pearisburg, VA, about 100 miles farther. The weather has been all over the place. Its been hot, cold, rainy, snowy, and windy. The first day out of Daleville wasn’t much to scream about. The rain wasn’t too bad, it was the dense fog that gave us problems. We spent more than a half hour going back and forth on the trail trying to find the shelter. When we finally found it, we were surprised to find Early Bird all snug in his sleeping bag. You may remember us writing about hiking with him back in Connecticut and New York around veteran’s day. Well, he caught up to us and now he is actually a day in front of us. I’m sure we’ll meet again.

The following day was absolutely gorgeous and we took advantage of it. When we came across Tinker Cliffs and McAfee Knob, we took our time to soak in the views. The numerous mountains and ridges just fill the landscape, its amazing. Next, was a climb up to Dragon’s Tooth. It was a tough climb with little room for error, but I sure am glad we didn’t have to climb down it or in the rain. The rain hit us that night, but no bother really. We stayed dry, but it did start cooling down.

The day before last, we were hit with wind and snow storm. It wasn’t bad in the valley, but when we climbed up on the ridge, it was bitter. There was probably 3 or 4 inches of snow, just enough to completely hide the trail. We had to push on 3 hours into the night to make it to the shelter and what an experience that was. Most of the white blazes on the trees were disguised by a dusting of snow, so we had to pay close attention to everything. The wind was terrible and it kept blowing snow into the shelter. We ate our dinner and drank our hot cider and didn’t get out of the sleeping bags until the next morning. So, yesterday, we pushed out 24 miles into town, so we could dry out the gear overnight. It was rough, but much of the snow was starting to melt along the trail and the wind died off. We made it in sometime around 8 or so last night, just in time to hear the presidential address and all of the critics. Its nice not to have to always hear about the news while on the trail, but then again, we have to remember that we can’t always block out what’s happening in the world.

We are heading out in a few hours, and moving south towards Tennessee. It looks like it is going to warm up a little the next couple days, but after that who knows. We will work with what we get and hope for the best. In just a few days, Marc, a former scout leader and friend of mine, will be joining us on the trail for 2 weeks. We are very excited to have him join us.

Planning mileage and days around the weather started to come all too natural, suddenly it seemed as if things just didn’t bother us as much. This section had me feeling in good health, including my foot that had the previous pains while hiking. I was still feeling energized by the duo getting back together too. We had a second sense on the trail now more than ever. That kinda of thing happens gradually I suppose. Same as starting a new job; you pick up some skills as you go, but mostly confidence for that which you already knew.  This section has plenty of highlights and postcard picture moments.  The one I’m surprised we did not mention is the Audie Murphy Memorial, the most decorated war veteran has a memorial along the trail.