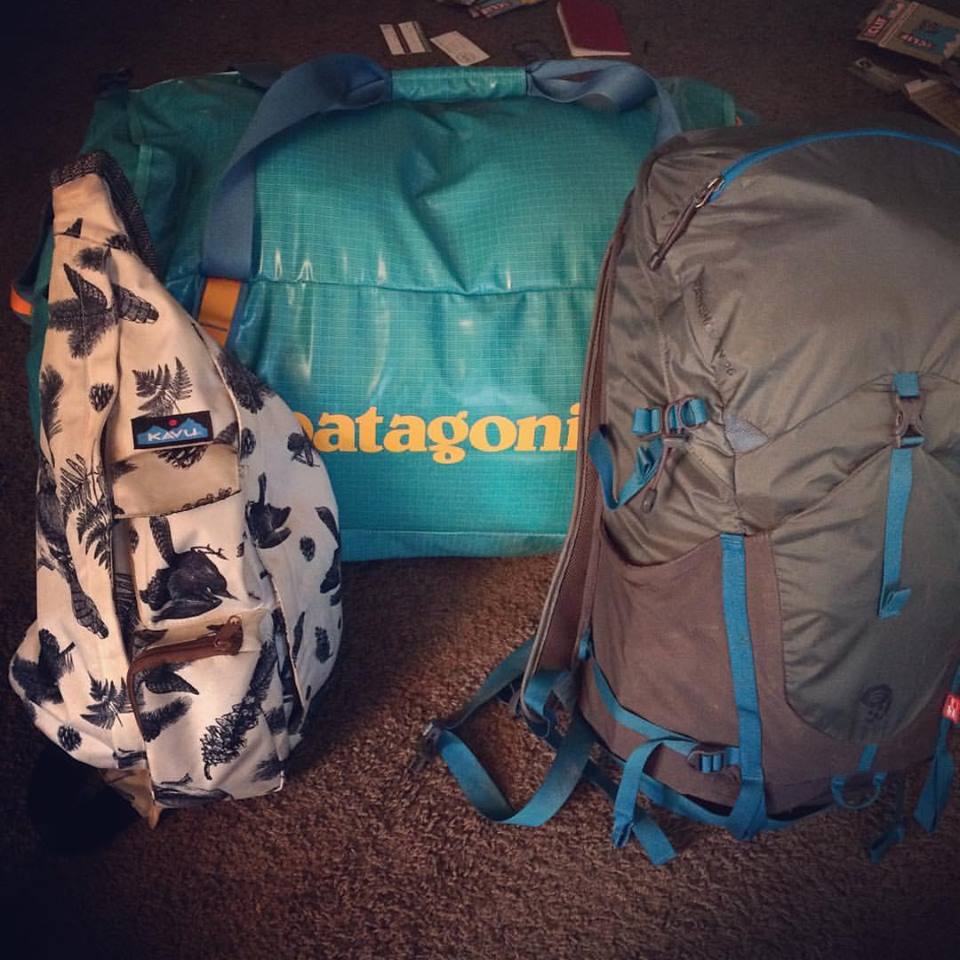 Planning the Trip of a Lifetime

When I was a junior in high school, my dad promised me that when I graduated college he would take me to either Australia or New Zealand. 7 years later, as I’m beginning my final semester of college, I get a text that reads simply: “So which is it going to be: New Zealand or Australia?” I was instantly in tears. And then the reality sunk in: I gotta plan this thing! So, I have spent the past 6 months planning every detail of this trip, from researching trails to hike to figuring out where to buy fuel for my camp stove. I even made up a powerpoint for the itinerary, complete with pictures! In this blog I will discuss my planning strategy, the tools I used, and any issues or concerns I ran into. An example slide from my itinerary

Of course the first thing we had to do was figure out logistics. When did we want to go? For how long? How are we going to get around while we’re there? What restrictions are there on what I can bring into the country? We decided to leave at the end of September, right after my birthday, and stay for two weeks so we’d have plenty of time to explore. The weather would be perfect- still snow on the Southern Alps! The cheapest flights were in and out of Auckland, so that’s where we decided to begin our journey.

My dad, being the brilliant man that he is, decided to let me plan everything. First I had to figure out what I even wanted to do! I have never left the country, let alone travel to such a pristine and interesting environment as New Zealand. I knew for sure I wanted to see as much of the country as possible, so we decided right off the bat to rent a car and drive around the South Island for the majority of the trip. I also knew that I wanted to do a short backpacking trip on Stewart island, per recommendation of my super cool boss Joe White. The island is off the southern tip of the South Island, so I figured we could end with that and do some sightseeing along the way there. This is where Google Maps came in clutch. I was able to figure out distances between locations and how long it would take to drive from place to place to see if this idea was even feasible (it was). I utilized that, along with a National Geographic Adventure Map, to figure out where to stay along the highway that follows the Southern Alps down the west coast of the island. Once I established how many days this would take and what a reasonable driving distance was per day, the rest was actually pretty simple!

New Zealand’s Department of Conservation has an AWESOME, super easy to navigate website. This is where I found all of the trails we plan to hike. The website offers lots of great information about where to stay in every region of the country and what to do while you’re there. They even have maps and descriptions for each individual trail, including mileage, approximately how long it takes to hike it, and what you should expect to see. This is also where we found information on campgrounds, AKA “campervan parks”, to stay at and what amenities they have. Using all this information, I was able to build the basic structure of the trip- where to start, where to end, and what to do along the way. The end result of this planning stage was the following: we would fly into Auckland, pick up our rental car, hang out in the city for a day, take a week to travel down to Invercargill (the southernmost large city on the South Island), spend 3 days backpacking on Stewart Island, then return to Auckland via airplane. This plan left us with an extra day, so I let my dad choose what to do that day.

Once we finalized the structure of the trip, we had to work out the logistics. There was a lot of booking to be done! We decided to stay in Airbnb’s 4 nights throughout the trip. We booked those, plus a handful of nights at different campgrounds. We also had to buy tickets for a couple different ferries and reserve sites on Stewart Island. On my itinerary, I highlighted the date (at the top of each slide, one slide per day) in red if there were still logistical details to work out for that day. Once everything was booked and confirmed, I unhighlighted the date and could rest assured knowing all we had to do was show up and do the stuff and everything else was taken care of!

The only thing left to do was make sure travel to and from the country would be as smooth as possible. New Zealand has a lot of restrictions on what can be brought in. I learned in my research that we have to declare every “risk” item we bring. This includes items such as camping gear, sports equipment, and food. I also heard from a few customers that visited the shop that they will not let items with any amount of dirt on them into the country to prevent the spread of invasive species, so I had to make sure to clean all of my gear before leaving. I also emailed the Ministry for Primary Industries to make sure all the food I planned on bringing was allowed into the country. I’ve heard from a few people that they have odd restrictions on certain ingredients but I was not able to find any information that specific on any official website. Luckily, nothing I plan on bringing (ramen, instant mashed potatoes, trail mix, pasta, etc.) raised any red flags.

The very last thing I had to do was figure out where to keep our extra luggage when we go on our backpacking trip. We are dropping off the rental car prior to taking the ferry to Stewart Island, so we do not have a place to keep the items we don’t need for the trek. I emailed the service we are using for the ferry and they said they have a few small lockers available to rent, but they were unable to provide exact dimensions so there is no way to know for sure if our duffels will fit until we get there. Aside from that detail, everything else is accounted for! Stay tuned to hear how it all turned out!