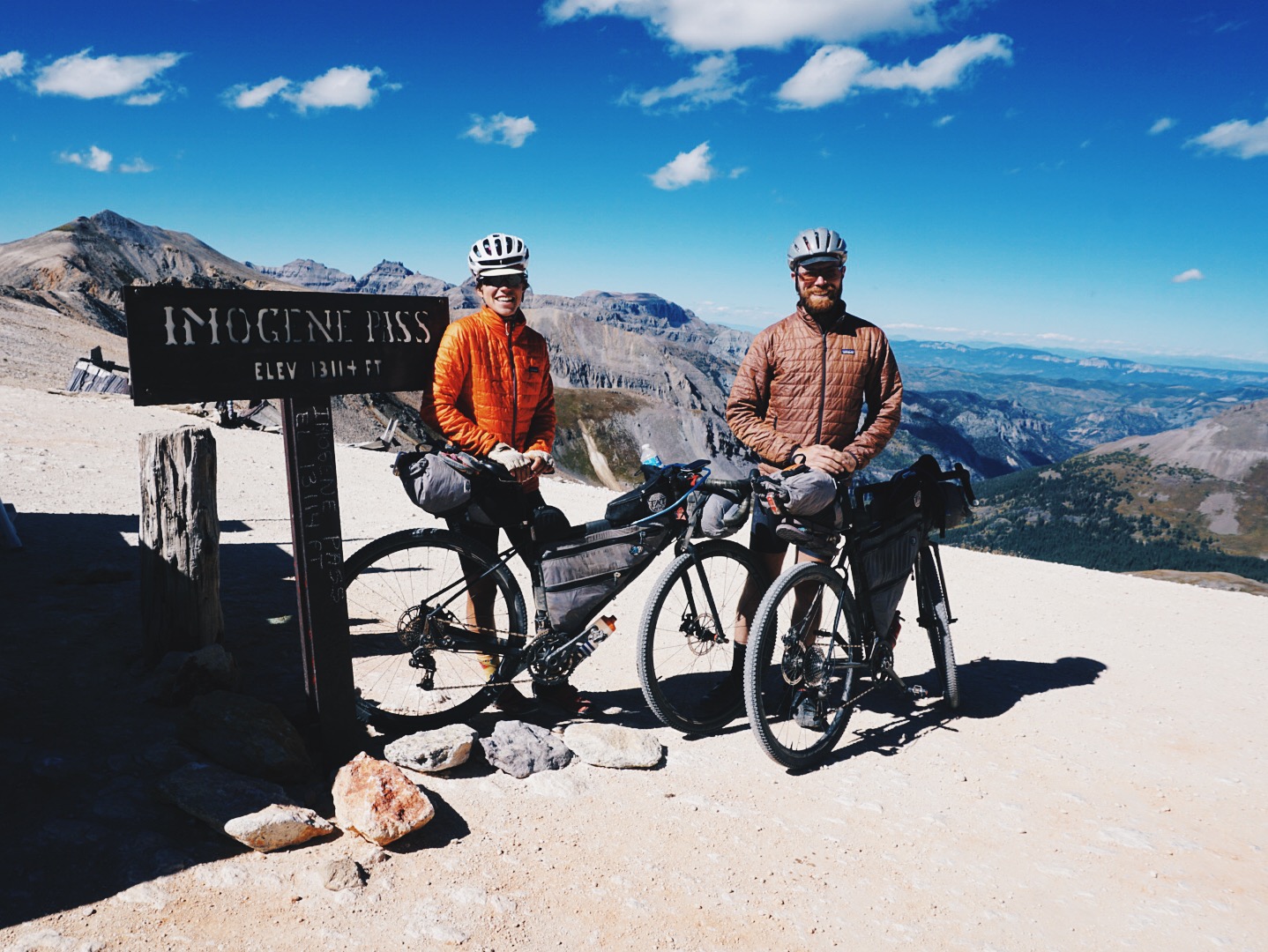 For most of us riding a bike is a fun, relaxing thing to do. A lot more people these days are choosing to commute by way of two wheels instead of four. Some others have discovered the freedom that their bikes provide to see the faraway places we all dream about. The Swallows’ are a prime example of the ‘some others’.

The couple, native to Cincinnati, operated a bike shop in Loveland for five years before deciding to pursue adventure by bicycle. I first learned of them by stopping in their shop and then again a few years later after reading an article about the owners who closed a profitable business to ride the Trans American Trail.  Their reasoning? “To gain a fresh perspective about what we were doing and what we wanted.” In the summer of 2015 they rode the TAT; a dual sport motorcycle route that spans roughly five thousand miles from North Carolina to the Pacific coast of Oregon. The Swallows are the first known people to complete the route by bicycle. Though this is their longest ride to date it is definitely not the only extended ride they’ve completed. From crossing the state of Ohio, to riding in Michigan, Illinois, Indiana, Minnesota, West Virginia, Virginia, North Carolina, Hawaii, California… You get the point. Most recently Washington and British Columbia piqued their interest and every picture is incredible.

With so much experience already I couldn’t help but ask for some friendly advice for getting started in bikepacking.  “There is so much to bikepacking! First you actually have to ride the route you want to do fully loaded with all of your stuff, but then you have to find a camp spot, filter your water, set up camp, then cook your food! It’s a lot of work in a day so our best advice is to start off with half as many miles as you would normally ride unloaded and enjoy the day. Go swimming or fishing, take pictures, talk to people, and camp early. Don’t be in a rush.” You may ask someone who has seen so many places from the soft, ever comfortable saddle of a bicycle, where their favorite trip has been so far. Understandably the Swallows couldn’t mention just one. “The Great Basin of Nevada, Northwestern Oklahoma (No Man’s Land), The Manti La Sal Mountains of Utah, The Canadian Rockies, The San Juan Mountains, South Central Washington, and Southwest Virginia”, are among the top picks.

As far as the future goes for this young couple, I can only imagine success and adventure. They’ve proven they can run and manage a profitable bike shop as well as wrangle any unpaved route in the United States. You can check out their website swallowbicycleworks.com to read about all the awesome rides they’ve done.