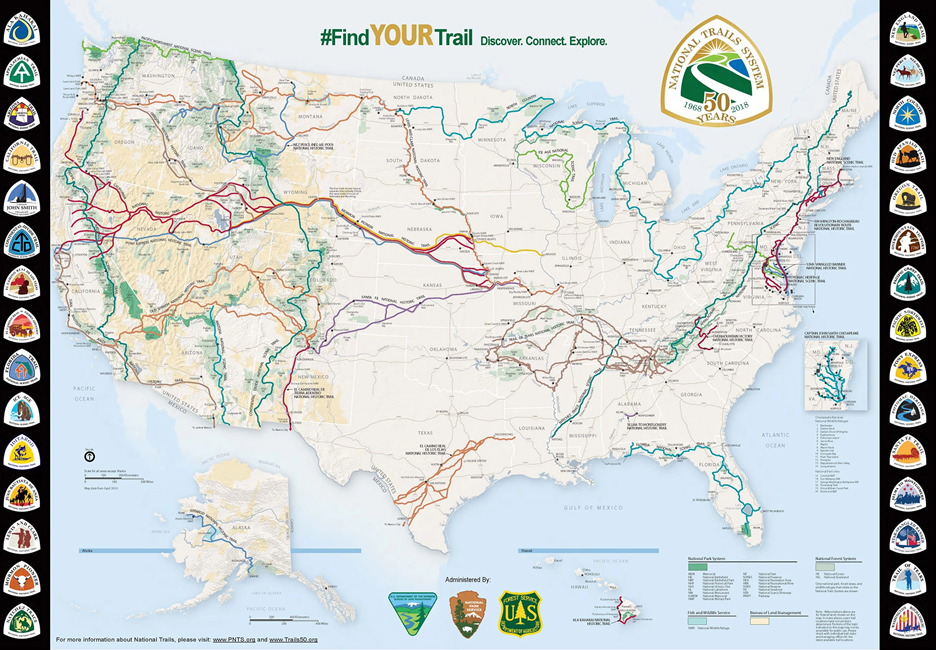 The long trails of America catch our imaginations: the Appalachian Trail with its steep rolling mountains, the Pacific Crest Trail with its alpine beauty, and the Continental Divide Trail’s rugged wilderness.  These trails span thousands of miles and multiple states, as do most of the other routes in America’s National Trail System.  They are serious undertakings that require money, equipment, and most of all, time. What if you’re short on one or even all of these? These are five lesser-known thru-hikes in the US, all one hundred miles or more, that can get you the taste of a long trail without 4-5 months of walking.

I’ll start with the well-known and obvious on this list and then move to the more obscure. The JMT traverses 211 miles through Yosemite, Kings Canyon and Sequoia national parks as well as multiple national forests and wilderness areas. You climb almost a dozen alpine passes, spend your evenings enjoying beautiful alpine lakes, and see some of the best mountain landscapes the US has to offer.  Hiking from north to south, as most do, the trail culminates with a climb of 14,502’ Mt. Whitney, the highest point in the contiguous 48 states.

I had the pleasure of hiking the JMT overlap of the Pacific Crest Trail in 2021 and it was an incredible experience that I would happily do again. In the early season (May-Mid-June), snowpack and raging rivers can be of concern to unprepared hikers. In the late season (end of July-August), wildfires have closed trails the past several years. It’s best to look at this trail months in advance so you can evaluate snowpack, drought conditions, logistics, and the competitive permit system before booking your hike. 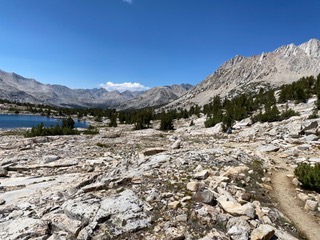 This trail winds through the beautiful Green Mountains of Vermont and shares its southernmost 100 miles with the Appalachian Trail. Completed in 1930, it’s one of the oldest trail systems in the United States and was the inspiration for other long trails like the AT and PCT. The trail traverses six wilderness areas in Green Mountain National Forest and ascends Vermont’s highest peak, 4,395’ Mount Mansfield. In spring and late fall, the trail can be muddy and treacherous, and in the summer the ridgelines can be parched of water. If you’re lucky, you can hit the Long Trail at the perfect time, catching summer wildflowers or amazing New England fall colors. 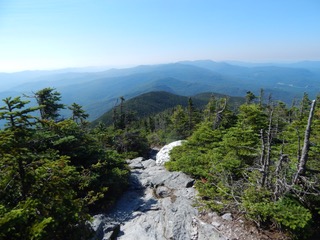 The Colorado Trail (CT) is the longest on this list and as close to a long thru hike as you will get without being gone for multiple months. The trail crosses vast alpine landscapes; even in late spring snow can clog the trail at higher elevations. During the summer you have afternoon thunderstorms to contend with; in the fall, snow can sneak in as soon as late August.  The trail reaches a high point of 13,271’ as it traverses eight mountain ranges, six national forests, and six wilderness areas. The CT shares over 200 miles of trail with the Continental Divide Trail, meaning you’ll probably cross paths with longer-distance thru hikers that can share wisdom. 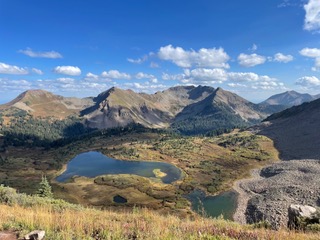 The Uinta Highline Trail is the shortest trail on this list, but it has its own set of challenges.  The first 21 miles of trail from McKee Draw to Leidy Peak can be devoid of water in the late season, creating a challenge right off the bat as hikers try to gain their trail legs while hauling two days’ worth of water. Once you reach the water, the real fun starts. Nine alpine passes stand between you and the finish line. The trail can be incredibly rugged and remote, with much of the eastern portion unmaintained and sometimes poorly marked. The Uintas offer amazing views and a great opportunity to test your skills in the mountains. I attempted this trail in 2020 but had to bail due to poor planning and injury, although it is on my list to go back and try again. 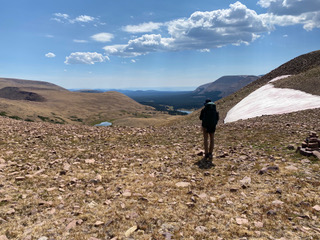 The Superior Hiking Trail is a hidden gem of the Midwest. It traverses rocky ridges overlooking Lake Superior and wanders through lush pine forests. This is least primitive of all the trails on this list with 93 developed backcountry campsites available fee-free to hikers.  The trail is incredibly well marked in most parts, but there are rugged sections of trail near the northern terminus.

One thing to be aware of is black fly season, the scourge of the upper Great Lakes. Black flies typically infest beaches, inland lakes, and anywhere without a steady breeze from late July to early August, when the temperatures drop and they die the death they deserve. You’ll want to pack a bug net, Deet, and thick clothing if you plan to hike the trail during that time of year. Other than that, the trail is incredibly accessible off Highway 61 with frequent spurs leading to trailheads and towns. 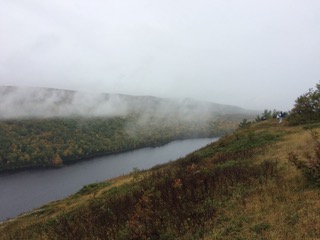