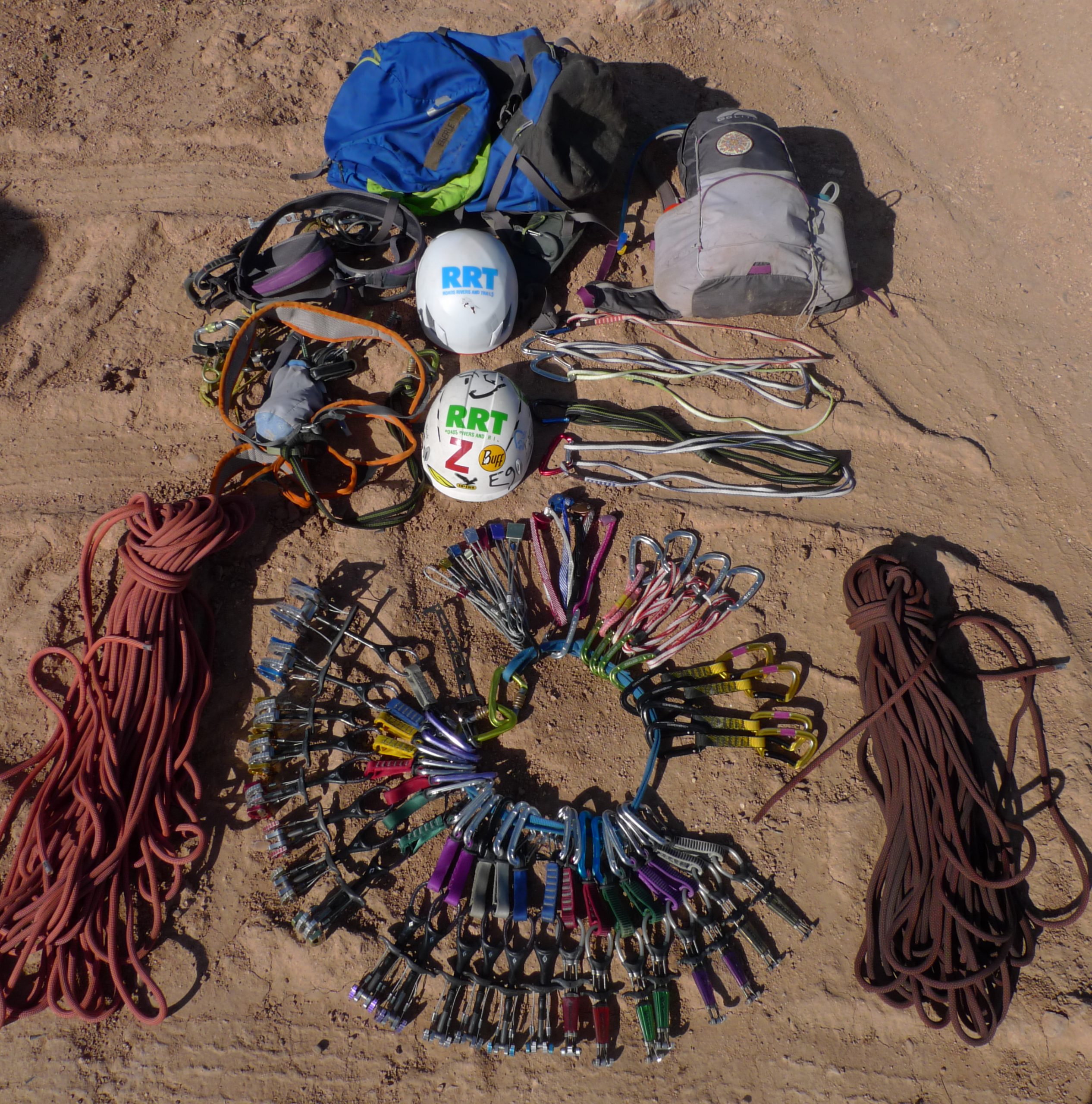 Climbing is a ridiculous sport. It involves humans scaling up rock formations against gravity, sometimes without any apparent reason. If you’ve ever had to explain your rock climbing hobbies to a non-climber, their expressions and questions confirm that what you’re saying is absurd. Have you ever tried to describe a cam to your non-climbing uncle? “Oh yeah this is a super expensive piece of gear that I jam into cracks, and if it pops out when I fall I could die. Cool, right?” Have you found yourself skimping out on spending money on anything other than climbing gear? Quitting your job because you need more time off for your road trip?

….Have you ever stopped yourself and thought, “why the hell am I doing this?” Stoked on the summit of the south face of Sixshooters, Indian Creek, Utah

I ask this especially when frustrated with a route. I often exclaim that climbing is stupid. I have to walk away and put my ego in check. I feel this way especially when bouldering. I can usually just walk to the top of the rock, so why am I choosing such a difficult way to ascend it? Because well, it’s not really about ascending the rock, is it?

Climbing is definitely fun; it’s adventurous, it can be really cool and social, but it’s also extreme, terrifying and sometimes dangerous. It is rewarding and frustrating. I see it primarily as a solo sport, but one that requires other people around for safety and logistical reasons. It has a unique and wonderful community base, and while there are many different types of climbers, we are all the same weird rock wrestlers at the core. We gotta stick together. Nobody else understands and they don’t even know how to belay.

Sure, I love sending routes and seeing progress and feeling strong. But I also love being challenged. It’s in these moments of frustration that the reasons I climb occur to me. It’s somewhere in the moments of feeling very high gravity and my excuses for not sending, and then actually sending. In doing something I once couldn’t do and all that motivational jargon. Honestly, climbing is ridiculous and that is part of the appeal. It doesn’t need to be defined or rationalized in order to do it. Stripping down the essences of why we climb kills the fun in a way. It’s an escape from having to explain ourselves, from having to think and conform. It’s climbing up rock formations for fun and it’s completely awesome.

This April I had the opportunity to grow as a climber. I’ve been primarily a sport climber for the last several years, and sometimes I think I boulder too much. I’m very attracted to big wall and traditional climbing and it’s the more appealing end goal for me. I spent 3 weeks climbing in several amazing places: Boulder Canyon, Colorado; Moab, Utah; Indian Creek, Utah; Red Rocks, Nevada; and of course the home base, Red River Gorge, Kentucky. I finally learned to lead trad, and to be a useful partner in traditional multi pitch climbs. Basically, I learned how to scare myself on an even larger scale than before with higher consequences and more expensive gear. It was an emotional roller coaster in a very rewarding and productive way. I had moments of genuine fear and total discomfort, coupled with rewarding and beautiful memories of significance all within minutes of each other. I had the type of “vacation” that would confuse and worry most people and is difficult to explain to non-climbers. In climbing there’s a glorification of overcoming fear, dirtbaggin’, expensive gear, PBR and whiskey. I love most aspects of it: the routes, the gear, the people, the adventure, the variable climates, even the fear. There’s something masochistic about saying you love to be afraid. I prefer to call it a humbling adventure. On the summit of Bedtime for Bonzo, RRG, Kentucky, minutes before this photo I was crying hysterically over exposure fear, and uncertain gear placements and then saw this sunset and realized I had finished it.

I haven’t figured out why I climb exactly, but maybe I’ll tell you one day on the summit of one of my dream walls, 10ft or 1,000ft tall. I don’t know why, but I do know I’d rather have shredded finger tips than soft hands. I’d rather sit on a rock with a beautiful view than a recliner chair and TV. You have good days and bad days, send days and injury days. All of them should end with your friends and PBR around a fire or over a pizza at Miguel’s. Climbing may be ridiculous and terrifying but I wouldn’t have it any other way.

“Because in the end, you won’t remember the time you spent working in the office or mowing your lawn. Climb that goddamn mountain.” -Jack Kerouac