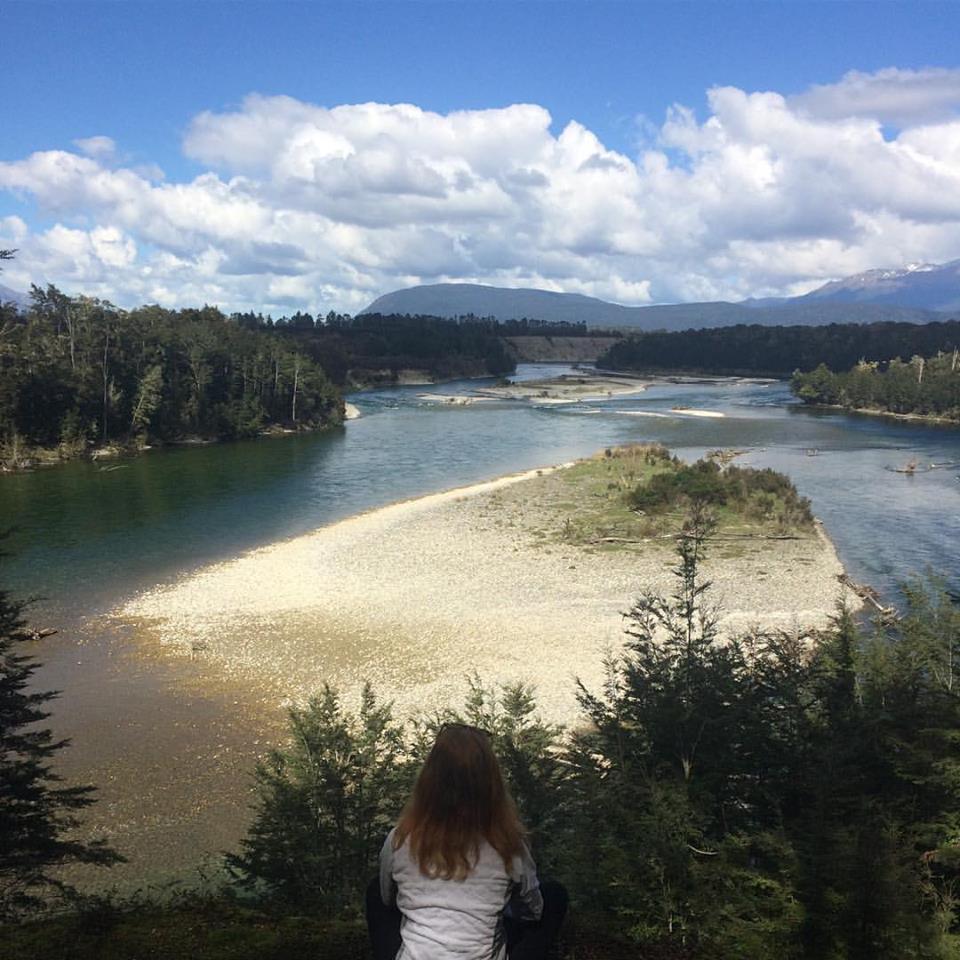 It’s crazy to think I’ve been back from my trip for a month already! Now that I’ve unpacked all my bags and uploaded all my pictures, it’s time to digest this crazy experience. I spent a ridiculous amount of hours planning every detail possible for this trip and, for the most part, I did a pretty good job! One of my biggest concerns was figuring out what all I’d be allowed to bring into the country. New Zealand has pretty strict customs, but neither me nor my father had any issues coming in. The other major concern I had was just how different it would be there compared to the states. I had a small idea of what to expect but you never really know what a place is like until you go there. Luckily, there weren’t too many major differences and it was easy to adapt to the way things are done down there. My father and I spent 7 days driving through the entire country down the middle of the North Island and the west coast of the South Island. We also spent 2 days backpacking on Stewart Island and 2 days exploring Auckland. Although there were more than enough opportunities for something to go wrong, the trip went smoother expected and blew my mind way more than I thought possible.

A pretty picture I took on Stewart Island

There were only a couple aspects that I had to leave unplanned because I was unsure what the situation would be like once we got there. First, I knew I couldn’t fly with fuel for my stove and would have to buy some once we arrived. I was not worried about there being a shortage of stores to purchase from, but I hadn’t figured out an exact time and place to go to get it. Luckily we drove through a handful of towns with outfitters before we needed the fuel, so we were able to obtain some no problem, and check out some cool outfitters along the way! The other issue I hadn’t quite figured out yet was how to store our excess luggage before taking off for our trek on Stewart Island. I emailed the company that was providing the shuttle and ferry service and they informed me that there were lockers for rent, but they weren’t very big. Unfortunately they were unable to provide me with exact dimensions, so my dad and I counted on them to be big enough for our duffels and didn’t try to make other arrangements. Upon arriving, we realized the lockers were a little too small for all of our items. Luckily, the ferry terminal was a small office and we were going to return three days later, so they held our two bags in the employee area. However, for future reference, I would not count on this option being available. It was the beginning of Spring in New Zealand when we went, so the busy season for tramping hadn’t begun yet. Later in the season, this probably wouldn’t be an option. My dad next to a handy-dandy sign showing nearby hikes

Of course, no vacation is perfect, no matter how well it’s planned! Something always ends up coming up that must be dealt with. The biggest concern of this nature that we experienced on this trip was health-related. My father and I both came down with head colds a few days after arriving (most likely due to the 30+ hours of travel it took to get there). There were a couple times we felt pretty under the weather and decided to go straight to the campground or Airbnb and relax instead of doing the short hike I had planned. Another issue we encountered was a logistical one that was easily figured out. On the long flight out, my father was reading through the “small print” for our rental car reservation and realized we were not allowed to bring the rental car on the ferry from the North to the South Island. Luckily, all we had to do was arrange to drop off our car at the ferry terminal in Wellington and pick up another in Picton on the South Island. This actually worked in our favor because there was a $70 fee to bring a car on the ferry that was refunded when we changed our reservation! The only other issues we encountered were also minor and easy to sort out. First, I somehow traveled to this country not knowing they have completely different outlets! However, we lucked out on our third day and found a hardware store that sold converters- crisis averted. There was also way less internet there than I expected. I knew I wouldn’t have any cellular data, just WiFi, but even that was scarce. And when there was WiFi available, it was very limited. It was an odd but awesome feeling being so disconnected from my friends and what was happening back home. The only time it was an issue was when I was trying to navigate and the solution was simple: download directions while we still had internet! Lucky for us, this issue never became more serious and we avoided getting lost pretty well! The giant ferry that runs between the North and South Islands

So far I’ve described the end results of issues I was worried about before departing and discussed the other major issues we encountered on the trip. Now I’d like to talk about the fun stuff- my favorite moments and what surprised me the most about this awesome country! One of the first things I noticed, besides the driving on the left side of the road and roundabouts in lieu of traffic lights, was that the washroom in every place we stayed, with the exception of campgrounds, had a towel warmer! One Airbnb host was floored when I told her this isn’t a thing at all in the states. They are completely commonplace in New Zealand and made the biggest difference! I was also pleasantly surprised at the amount of fuel-efficient cars I saw driving around on the North Island; the ratio of compact car to van/SUV/truck was about 85:15. The South Island was a different story. Campervan rentals are a major tourist attraction in this so we saw them everywhere, even though it was barely spring! I can’t even imagine how crowded the more popular areas get with campervans during the busier seasons. Overall this was an incredible trip full of surprises, almost all of them good, and I learned way more than I’ll ever be able to put into words! It was definitely the trip of a lifetime!

If you’re interested in learning more about New Zealand or seeing more  pictures of this beautiful country, stop by the shop Dec. 1 at 7pm for my trip presentation! More details and info can be found on our facebook page. 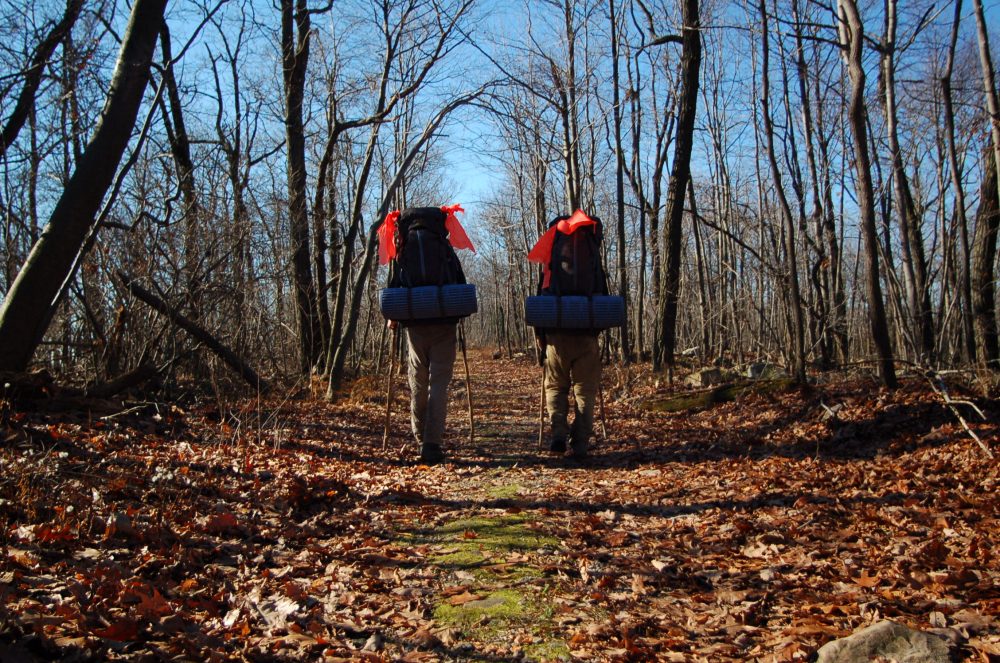 Four years ago, I went on a solo hiking adventure down to Shawnee State Park near Portsmouth, OH.  For those who have never been, it contains a 35 mile loop trail which runs around the state park and through some portions of the larger surrounding state forest.  There is a cutoff trail in the center however which means the trail can be chunked down into a 19 mile north loop and a 26 mile south one.  For this trip, I chose the south because I had two full days to hike and I was looking for some miles.  And let me tell you, I had to earn every one of those miles.  Some years ago, it seems the state parks decided it was easier for trail maintenance to use a Bobcat or something to bulldoze a 6 foot wide path where the trail used to be.  Since small dozers are not capable of both pushing earth and making tight turns, this leads to much of the trail being a series of short, but rather steep ups and downs.  Long story short, while hiking out on this state owned land, I learned about something I had not encountered before: There are a lot of trails on publicly owned land that either border or share the same areas that hunters use in the fall when looking for game.  I came across two chaps from Medford, OH who had stopped for lunch and some coffee. They graciously offered some to me and I of course accepted being that I was hiking on a fairly cool autumn day.

Through talking with them, I realized I had lucked out because my pack was a rather attentive red and I just happened to be wearing a bright orange bandana on my head.  They thanked me for the chat and for wearing “hunter’s orange” as they called it and I was on my way.  I had never thought to check before about being aware of where I was hiking during the fall hunting season.  So consider this a PSA of sorts for those who are planning some Noventures during these upcoming weeks! (“Noventures” being “November adventures”, I have the go ahead from Merriam, just waiting on Webster for the official okay on this being an acceptable word).

Here are some handy tips and tricks if you plan on going out where hunters will be this fall:

That’s all the educatin’ I feel I need to do on the subject, mostly because I know so little about it! If you are ever in doubt or feel uncomfortable with going out hiking during any particular hunting season, don’t hesitate to call the managing entity’s office of where you will be hiking and ask them anything you are unsure of.  If you feel there is anything that I left out worth noting, feel free to comment on RRT’s Facebook page, email the shop, or give them a ring at the store in Milford!  I know sometimes Bryan especially wishes for more phone conversations.  Hike safe and happy my friends!